With each trip to Hawaii, I get a bit more comfortable in the water. I have nursed a pretty steady fear of water for most of my life, mostly it's of the being "swept out to sea" variety. Still, I tried snorkeling when we were on Maui in 2011 because David is so passionate about it. While it still takes me a while to get used to the mask, I do love seeing life below the surface and it's always worth my initial anxiety.

The Kona Coast is known to have some of the best snorkeling in all of Hawaii, and the trip out to Kealakekua Bay was incredible and I was excited about the quality from our new underwater camera. 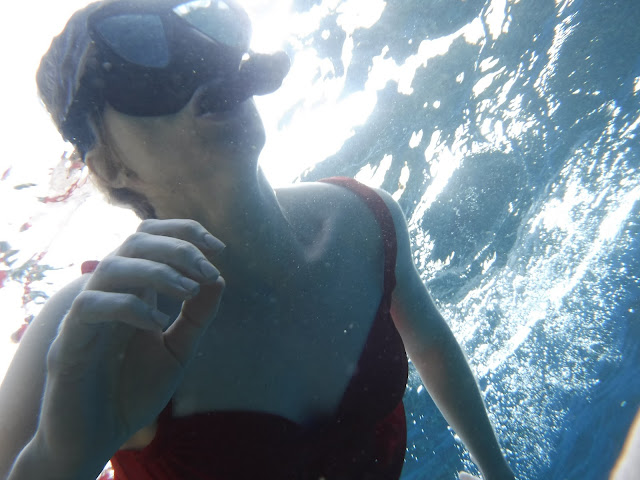 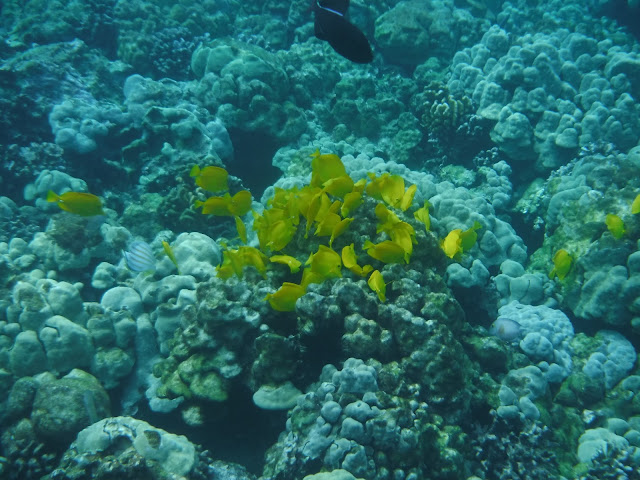 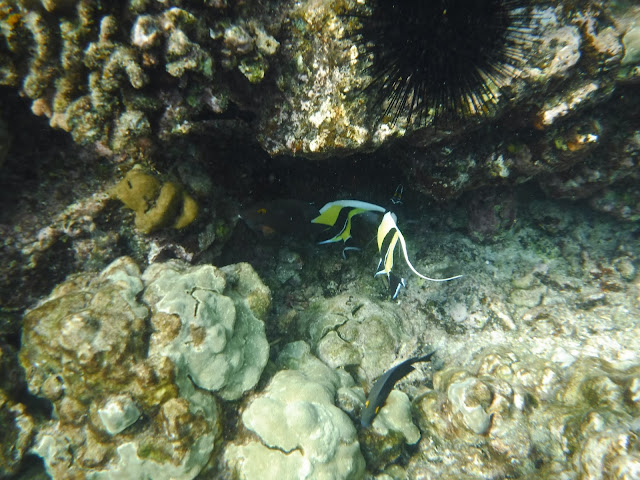 The Kona Coast is also known for the opportunity to swim at night with manta rays. The thought of this terrified me, but I have never heard anyone do anything but rave about the experience. I became slightly less terrified when I learned that we wouldn't actually be swimming around in the open ocean in the pitch black, but holding onto a raft that was attached to a boat. Stepping off the boat was terrifying, but after seeing the first manta ray, all my fears evaporated and I just looked down in awe and watched their magnificent show.

It was hard to use the camera for any still shots, as the seas were rough and we had to hold onto the raft with both hands, but in movie mode we were able to catch some great shots of the action. In an effort to improve my video skills a bit, I played around with iMovie this weekend and put together some highlights of the experience.

Posted by Kristin at 4:40 PM No comments: