The last stop on our trip was such a pleasant surprise. We left the Petrified Forest, and drove to Winslow, Arizona to stay at La Posada. 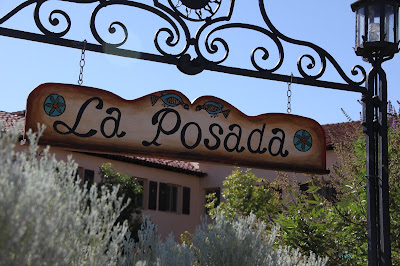 This hotel is an old historic hotel which has been renovated to its former glory, while also being an art gallery that showcases local artists, as well as the art of the owner, Tina Mion. You could easily spend a whole day wandering the galleries and grounds. 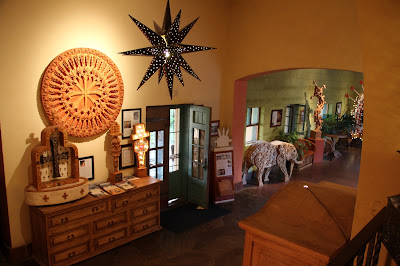 It was originally a Harvey Hotel, a man who "civilized the west" by building hotels along the old Route 66. This was right next to the current train station, and if you're a train lover, this would be heaven. 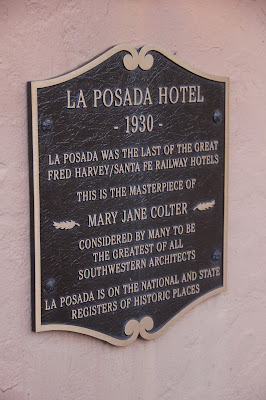 The restaurant is also one of the best in Arizona, and we had an amazing meal to toast to D's 40th birthday, and brunch there the next morning was equally delicious. 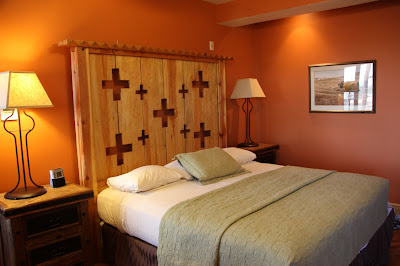 If I could plan it all over, I would have had us spend 2 nights here, so we had one whole day to lounge around and be lazy. After a trip full of lots of hiking, and lots of getting up and hitting the road, one lazy day would have been great. Of course, no matter where we go, we always seem to want one more day!

We stayed in our room until about 5 minutes before check out. We couldn't help it. Our flight back home was out of Phoenix, but not until about 10:30pm, so we had the whole day to work our way back to Phoenix. Along the way we stopped to see the huge Meteor Crater. 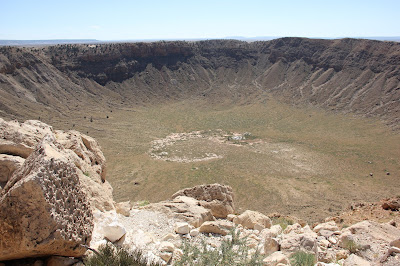 It's funny, had we done this first, I probably would have been blown away by how huge it was. After a week in the Southwest though, my eyes had grown used to things being unbelievably huge. We enjoyed the stop, and the small museum attached that gives a lot of information about meteors.

Our last stop was lunch in Sedona. The drive into Sedona was gorgeous, but we were a little underwhelmed in Sedona. After so much time on the road with no other cars, and at these gorgeous sights, with hardly any other people, we found Sedona really crowded, and just not the vibe we were wanting right then. I'm sure had we done it as an escape from Phoenix, it would have been a totally different experience, but on this particular day, the crowds has us eager to move on. We had lunch, snapped some photos of the red rocks, which are super gorgeous, and headed back to Phoenix. 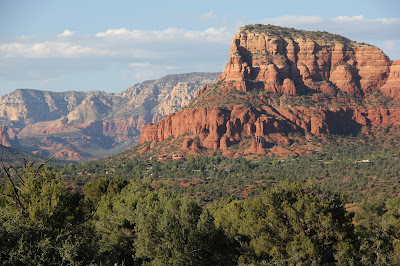 Our trusty Ford Escape served us well on this trip, and we did just about 1460 miles in it. This was the first kind of trip we've done like this together, and (not surprisingly) we loved it. At first we'd been worried there'd be too much driving, but it never bothered us. 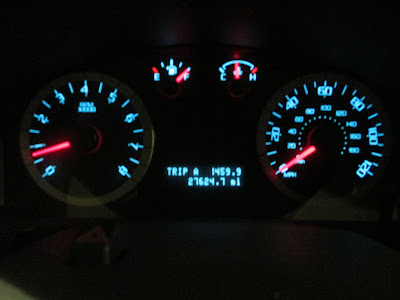 After a night in Chinle, we hit the road through Eastern Arizona to the last National Park of the trip, the Petrified Forest & Painted Desert National Park. 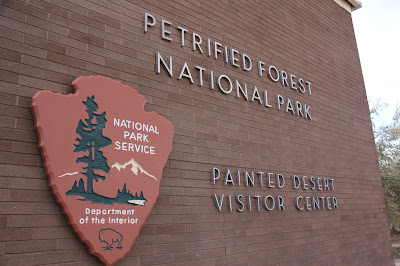 This is a large park that is designed to be driven through. There are pull offs throughout the park where you can get out and gaze. We did the northern part first, which was the painted desert. The colors were gorgeous, and with so few other people, it was so peaceful. It felt like we had it to ourselves. 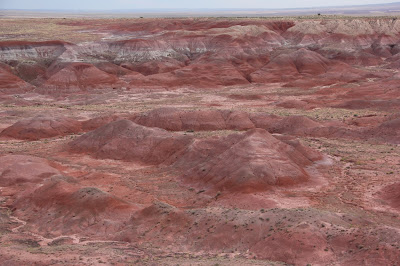 The park then crosses over Route 40, and you enter the southern half. This side of the park has more areas where you can get out and do some short hikes. One area had some ruins from old dwellings, and one trail was closed off. We took this warning seriously! 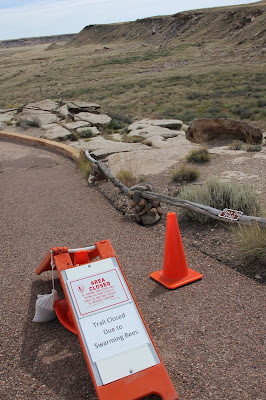 There were also lots of petroglyphs in this part of the park. By this time in the trip, I had become fascinated with finding petroglyphs all over. Having learned that the big swirl symbol meant travels, we always looked for one. 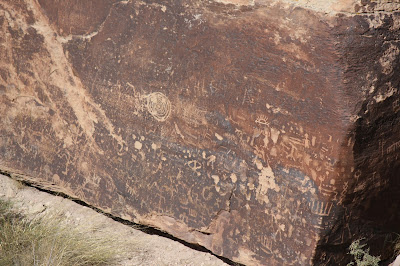 One of the most serious hikes in this park wound through badlands. I loved this section. I had never seen badlands before, so I was fascinated about the geology of it and the colors! I loved the stripes in the rocks, and colors that I had never seen in nature before. It was breathtaking. 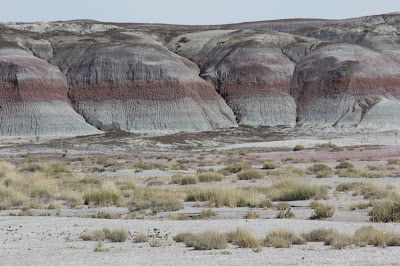 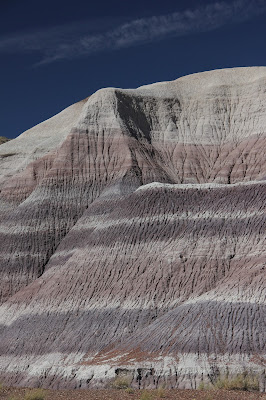 And another in my "D hiking" series, I seemed to have a lot of shots like this. I just love seeing him with no one else around, just big nature. 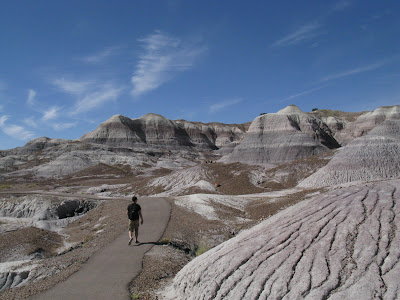 After the badlands, you start entering the areas with serious amounts of petrified logs. 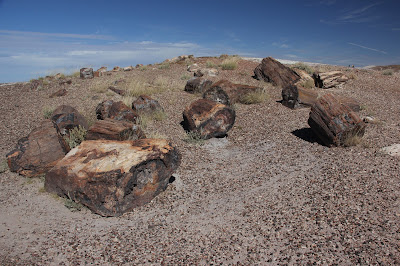 I'm not a huge geology geek, or know much at all about rocks, but this was still a fascinating stop simply because nature is amazing. The colors in these logs are gorgeous, and you really get the sensation that you're watching nature happen. Sure, these rocks took millions of years to get to this point, but they're so obviously wood and solid stone, that you can get a real feel for the process. 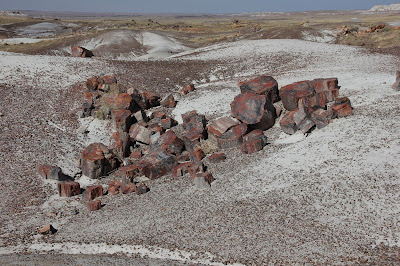 A close up of minerals in one of the logs. 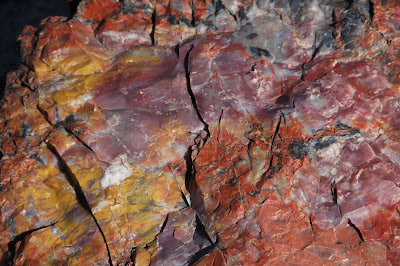 From here we got back onto the highway and headed to our final stop: Winslow, Arizona.