I've started a blog post about Barcelona a few times already, and I never know how or where to even begin. We both fell in love with the city, and left knowing we'll return to Spain. Since I don't even know where to begin, I just decided to give you a brief series of thoughts, and if I feel inspired to get more specific down the road, I will. For now though, here's a quick selection of favorites. 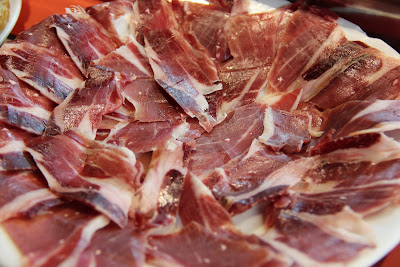 First: the ham. Any discussion of Spain and food will inevitably include mentions of ham. Why? Because it's really that good. No doubt, the most delicious ham we've ever tasted, and induced a frenzy for it we didn't expect. We literally found ourselves saying things like, "I need some ham now, let's stop for ham." Also, my favorite from D, "I'm not letting anything come between me and the ham any more. No bread, no cheese, just straight ham." I think in a moment of passion I declared, "Prosciutto is dead to me." I also will admit to being in the Barcelona airport, heading home, and searching for one last ham fix, which became embarrassingly desperate. (Everything we ate in Barcelona was delicious, and a special food post will surely follow soon.) 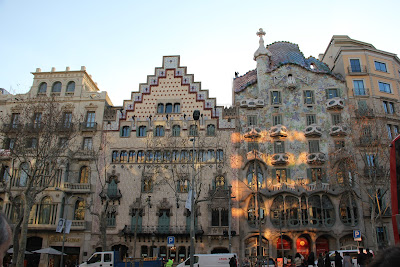 Next: the architecture. Barcelona and Gaudi are practically synonymous, and not without reason. Walking through the city you feel like you're walking through a museum. Anywhere you are, just look up and you see beautiful buildings. It was gorgeous. Then there's La Sagrada Familia. 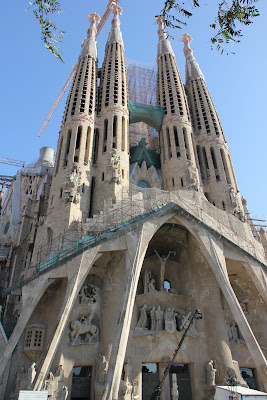 I don't even know how to do it justice. It's one of those landmark buildings that you've seen a hundred photos of, and you wonder if it will live up to the hype. Let's just say, we spent close to 4 hours there, and were blown away. I went there with certain phrases in my head, "It's a work in progress" and "It's an active construction site." Yet, it still blew my mind to see workers there, hear them chiseling rock, and smell the sanding down of floors. At the risk of sounding overly romantic or trite, I really felt like we were part of history being made. We were there to see the workers making one of the greatest sites in Europe. Of course, we both decided then and there that we would be back when it was completed. (Estimated to be 2026.) 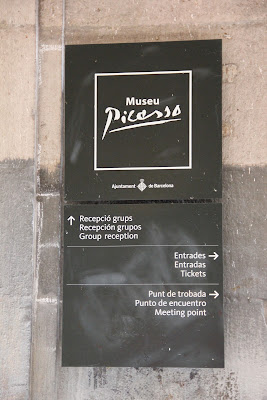 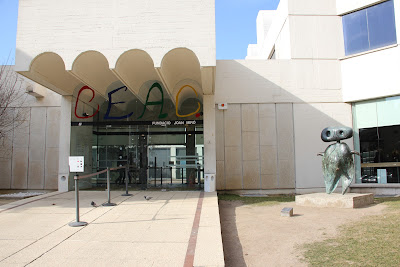 Lastly: the art. Certain cities have a creative energy to them that you feel everywhere you go. It's not just in the museums, but it's in the streets and in the people. Barcelona is one of those cities. The museums are world class and staggering. Miro, Picasso, you just can't skip these museums. 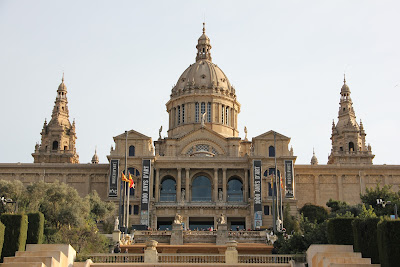 I was overwhelmed in Barcelona. It's a city I have no doubt I'll return to, and a city that really got under my skin.

Check out my Flickr page for even more photos.