Golden Spider Silk at the V&A.

Our time in London was focused mostly on visiting family, but we did have one day where we got in two museum visits. First to the Victoria & Albert museum and then the Tate Modern.

First stop was the V&A, and an exhibit I was excited about, Golden Spider Silk. This exhibit had on display 2 textile pieces that were made entirely with spider silk, as well as a description and video of the process. Spider silk has always fascinated me. In college I remember learning about its incredible properties, but while production of silk from the silkworm was a task that could be put into wider production, the same was not true of spider silk. 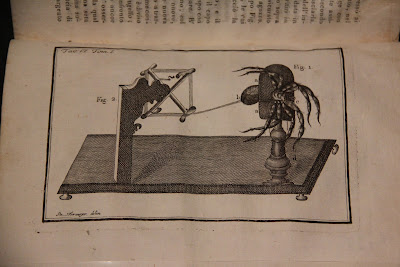 The catalog that accompanied the exhibit documented the history of attempts to produce spider silk for use in the textile industry. While a device for winding up the silk was eventually developed,  the main problems in nearly every attempt was the sheer numbers of spiders that would be needed to gather a significant amount of silk, and managing that many spiders would prove to be to huge task. Gathering enough flies to feed them would prove a challenge as well as keeping them all alone, since they'd eat each other if held together. Not to mention the fact that people relate differently to spiders than to worms. 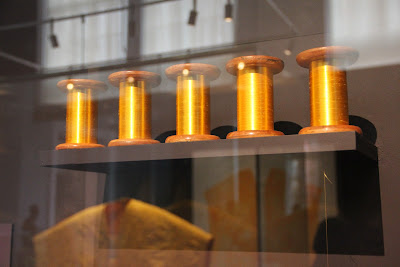 The pieces in this exhibit were made with silk harvested from millions of golden orb spiders on the island of Madagascar. Millions of spiders were used over many years to first gather all the silk, and then make the yarn, and then the fabric. What is fascinating is the golden color is the natural color of the silk. Each filament was then twisted together in groups of 12, and then plied with another 12 strand thread to create a 24 ply yarn. One piece was woven using a brocade structure, creating a type of cloth based on the royal cloths of 19th century Madagascar. 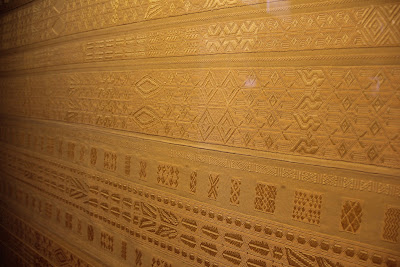 The second piece was a cape, made by weaving a fine base cloth, and even finer lining. The base cloth was then embroidered by hand using the silk. The embroidered design inspired by the spiders and process of this project. 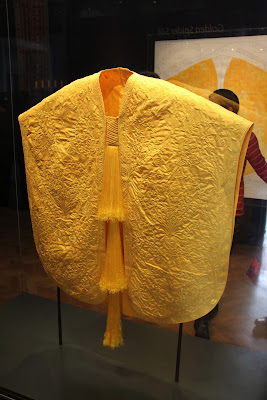 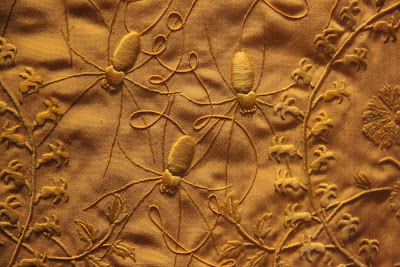 I'll confess, I'm not a huge spider fan. I used to be scared of them, but as I've gotten older that's gotten better. Still, I don't really want to be around them very much, and generally look away at any tarantula footage on nature shows. As a weaver though, I can't help but be fascinated by their webs, and interested in the properties of their silk.

If anyone is in London, I highly recommend checking out this exhibit, on display until June 5.
Posted by Kristin at 9:35 AM