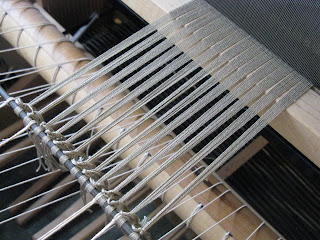 On September 13, I put a new warp on my loom, and am embarrassed to admit that I only wove it off yesterday. Even more lame, is that it was a really short one, just a little sample warp. Also, this means that my loom was even bigger than it needed to be, during my busiest time of the year. I had intended it to be a little creative burst before my season of production, but it didn't really work out that way. 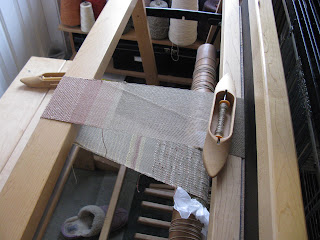 Better late than never, I had some time weaving yesterday, and finally got it off the loom. My plan was not to have any big plan. It's hard when you have a handmade business, every creative impulse is quickly followed by thoughts like: How much could I charge for this? Is someone already making this? Would people want to buy it? It's hard sometimes to just let go and make something for the enjoyment of doing it. My plan was also to stop weaving upholstery fabrics. Old habits die hard. After 10 years of designing for industry, it's hard to shake. 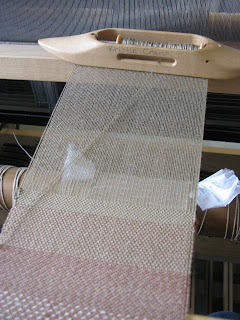 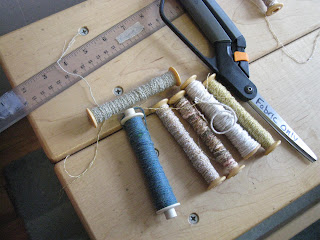 It was a nice break from all the bookmaking, and felt good to wrap up this project, finally. Also, I want to leave for my upcoming trip with nothing unfinished lingering for me when I get back. I need a shot of inspiration, and want a clean slate waiting for me when I get home. Cleaning off my loom when I was done turned into a full scale studio clean up. Felt good. 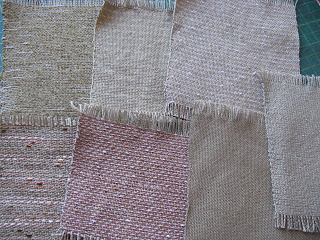