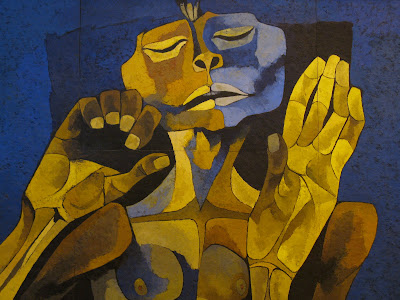 "My art is a way of praying, and to scream at the same time . . . and the greatest consequence of love and solitude."

I had never heard of the Ecuadorian painter Oswaldo Guayasamín before beginning to research Ecuador and the more I learned, the more interested I became. Like the vast majority of Ecuadorians, he's a mestizo, a mix of Spanish and indigenous blood, and one of the best known artists of his time in all of Latin America.

While Guayasamín's huge body of work covers all subjects and themes, it is his political and social art that people most associate him with. He was fiercely proud of his indigenous heritage and highlighted the struggles and mistreatment of the indigenous people of his country. He painted numerous murals that are found on walls of many of the government buildings in Quito. One such mural hangs in their Congress and shows past Ecuadorian dictators alongside a face wearing a Nazi helmet with the letters CIA on it. (At the time, some US congressmen tried to cut off economic aid to Ecuador unless it was removed. Guayasamín protested that this type of bullying was exactly was he was trying to express, and the work remains unchanged.)

At the end of his life, he began work on his most ambitious project called La Capella del Hombre, the Chapel of Man. He felt that humans were always building churches for gods, why were there none for humanity. He designed the building itself and painted many of the pieces specifically to be hung there. It is "a tribute to humankind, and especially the people of Latin America: their suffering, struggle and achievements." Although it was finished after he died, it's perfectly executed to his design and breathtaking. 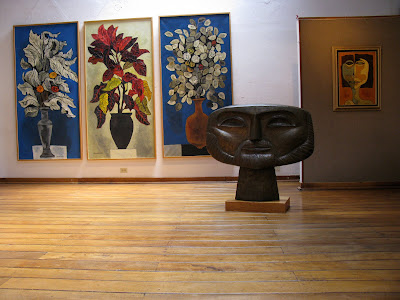 In a gorgeous neighborhood of Quito, we toured through the Museo Guayasamín, a museum which had been his home. It houses his extensive collection of Ecuadorian art, including work from pre-Columbian times, the colonial era and contemporary art. The museum also has a changing gallery for different exhibits. When he died, he donated his house and all his art to the people of Ecuador, and the house opened as a museum. 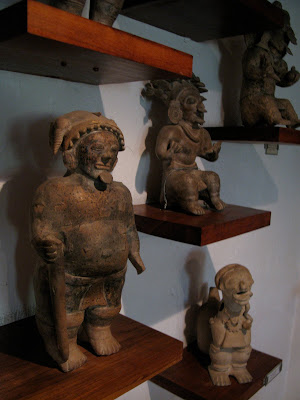 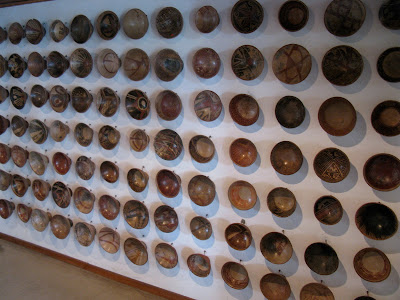 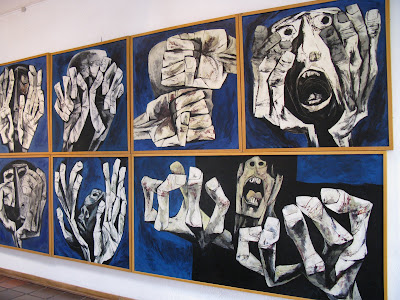 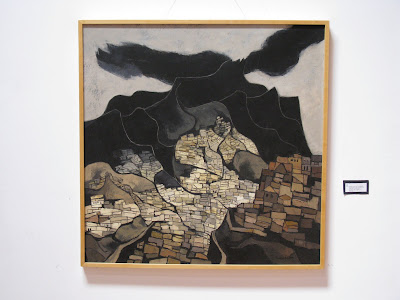 Up the hill from this house, is La Capella del Hombre. This amazing structure made me gasp. It kind of reminded me a little of Frank Lloyd Wright. 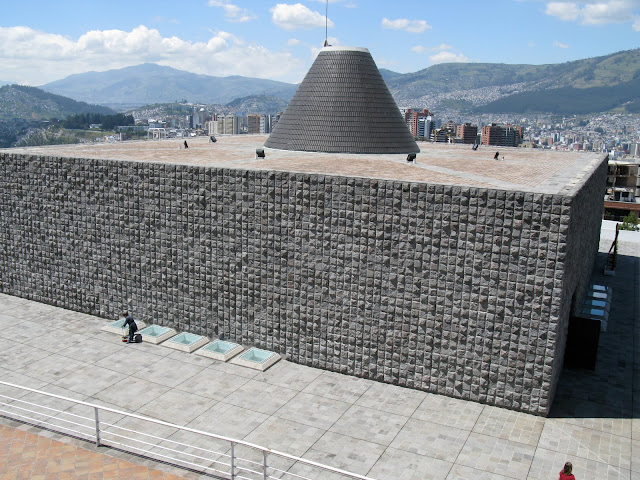 It's so striking and immediately gave me a sense of being in a sacred place. The paintings are huge, and the space is sprawling with clean lines and warm light. It's a rare treat to be in a space so specifically designed for its purpose, showing art designed for the space. 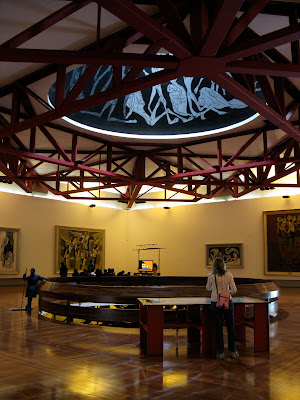 Downstairs is one of his best known murals, El Condor y El Toro, depicting the struggle between the Ecuadorian people (the condor) and the Spanish oppressors (the bull). On this level there's also an eternal flame burning in defense of peace and human rights. I have to be honest, this museum is up there as one of my favorite I've ever been in. 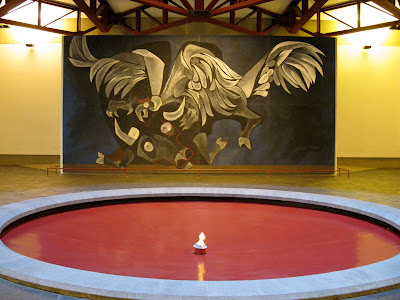 This painting of Pinochet gives me chills every time I see it. No question here about what he's trying to tell you about this evil Chilean dictator. 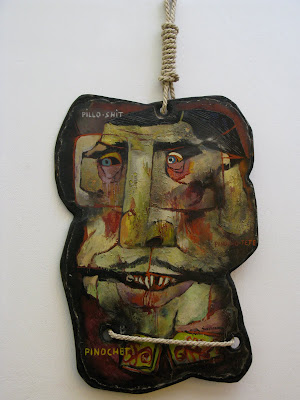 "For the children that death took while playing, for the men that weaken while working, for the poor that fail while loving, I will paint with the gun scream, with the thunder potency and the eagerness of battle."
Posted by Kristin at 7:50 AM