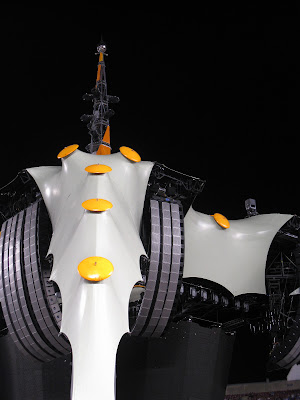 Last week was a break from my regular life, a week I've been referring to as my U2 extravaganza. The friend who was my partner in crime on this week, Ali, cheekily referred to it as her "holy week." Just as we've been doing together since 1992, we saw our favorite band mulitiple times, 3 to be exact.

The highlight was Wednesday. For the first time ever, we decided to give the General Admission tickets a try. In the past we avoided them for a variety of reasons, but this year we decided to give it a go. We arrived at Giants Stadium at 8am with plenty of provisions and were numbers 119 and 120 in line. The waiting paid off, we ended up in the inner circle, a mere 10 feet from the band. It was amazing to see them that close. 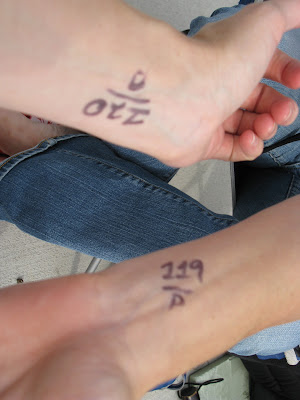 While in the inner circle, I had this moment of being so happy, giddy really. Here I was at 34, doing the same thing I was doing at 16, with the same friend. What's even more important, is that we both still have the same crazy excitement for it. We don't feel jaded or cynical, or bored with having heard them plenty of times before, it still makes us just as excited every time. Somehow on a Wednesday night, in the middle of a year that's been really stressful for me, I was feeling giddy with excitement and sharing it with the friend I've been sharing it with since 1992. What could be better? (Here's a photo of us on the last night, I love how we both look pretty exhausted.) 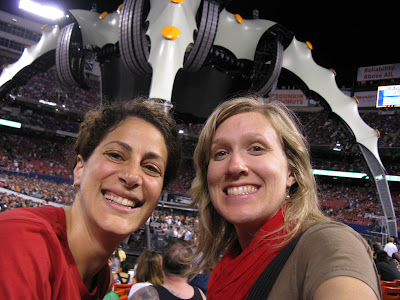