My first warp is off already! I had kept it short, to get myself weaving and to get some instant gratification. Yesterday I finished weaving and cut it off the loom. I wove 2 placemats, little borders and plain on the inside and then decided to use up some bobbins. 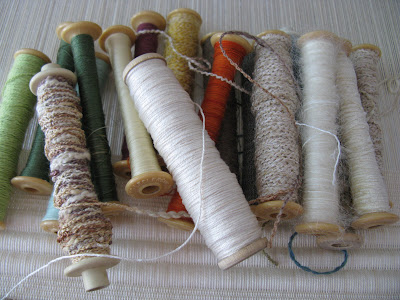 I realized that pretty much all the bobbins I had were full of yarn, some of them with yarn I don't even have the cone of anymore. (I had donated a bunch of yarn to RISD a few years ago in a move.) I decided that to use up the yarn, I would do a series of studies, using just the neutral yarns that I had and experiment with mixing them. For structure, I used a crowfoot, also known as a 4 harness satin. It pretty much used up some of the bobbins and the rest of the warp. 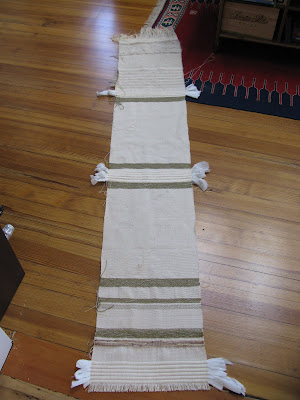 Just cut off the loom. 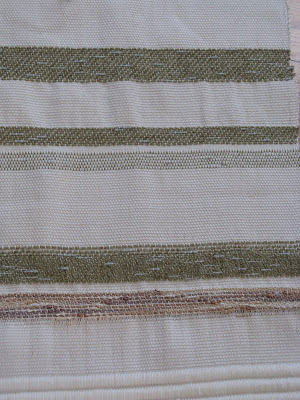 The studies I did to chose the yarn for the borders of the placemats. I chose the green, which is a chenille twisted with some slubs. 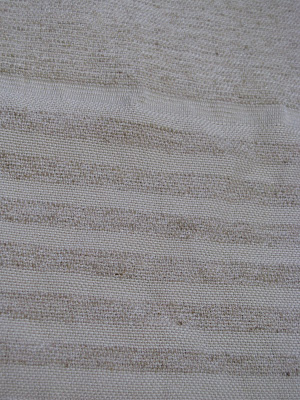 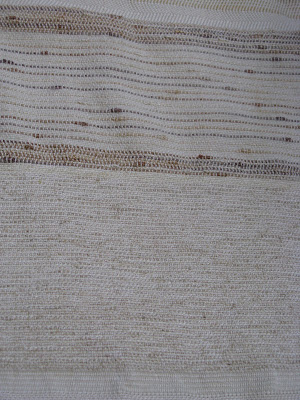 And another neutral study
Posted by Kristin at 8:41 AM