My loom is officially ready for weaving. I got the warp threaded, the reed threaded, and the whole thing tied on and ready to go. Here are a few pictures of the process. For those weavers out there, my warp is an 8/3 mercerized cotton, a nice cream color. I decided to thread it in a straight draw, over 8 harnesses. It's been a while since I've thought in terms of weave structure, so I purposely limited myself so I can enjoy the process and get back into the feel of weaving. I've tried to explain what each photo is for the non-weavers out there. 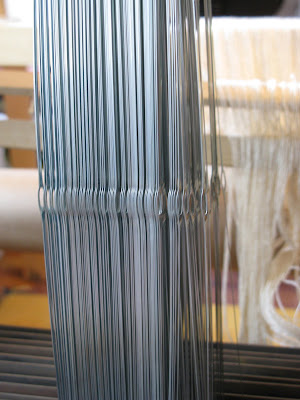 These are called heddles, there's one for every warp end. Each end needs to be threaded through one heddle. Heddles are attached to harnesses (except in jacquard weaving where they're each independently controlled). 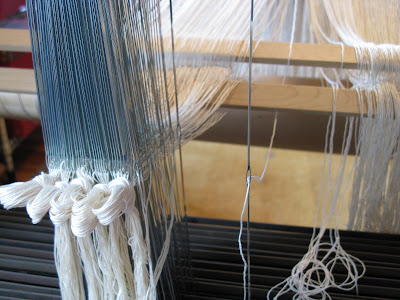 Taking a break from threading for a photo op. I have 560 ends total. Basically the warp is traveling from the back beam, which I wound it on to, to the front beam. 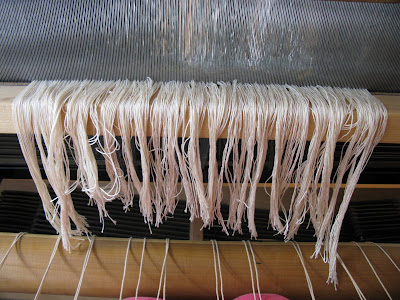 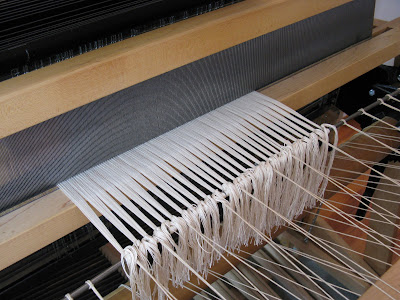 Warp tied onto the bar attached to the front beam. Tension all nice and even. 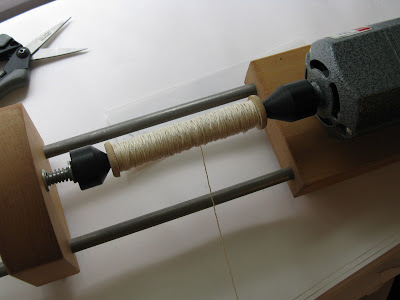 Winding my first bobbin. To start, I'm using the same yarn in the weft as I did in the warp. (I usually refer to my warp as ends and my weft as picks.) 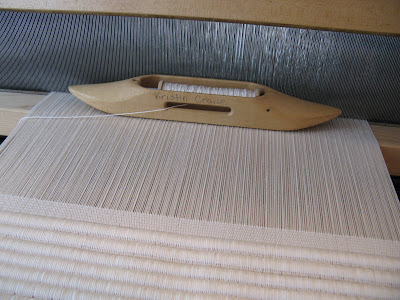 The wound bobbin with my weft, goes into a shuttle. I'll use this shuttle to carry the yarn across the fabric. I put a few pieces of paper towel in first, just to get past the knots, so when I start weaving, the ends are all nice and next to each other. 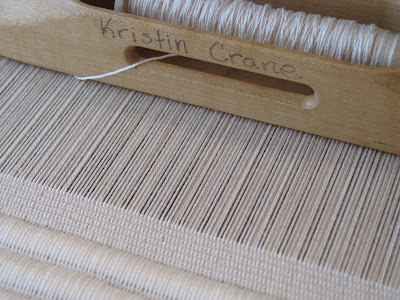 First few picks, I stopped there for now. Love that my shuttle has my name on it. That one's from college, I had my name on all my tools back then! 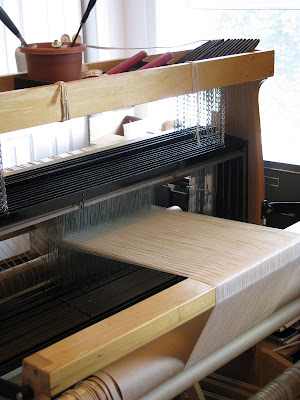