Stuff Other People Make: My Table 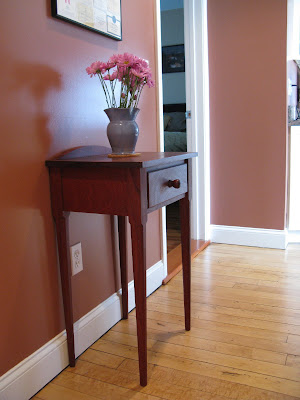 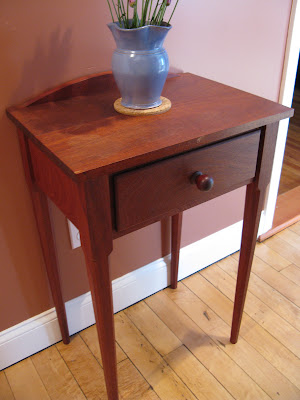 I have an uncle out in Colorado who does a lot of beautiful woodworking. He made this table for me 10 years ago and I'm pretty sure he even turned that knob on his lathe (not sure I have all the terminology right on that one). I think it was a graduation gift, but I remember him giving it to me when I first moved to Providence and had my first apartment.

I'm often quoted as saying that the nicest furniture I own is this table and my loom. It's now traveled with me to its 4th home and is prominently featured when you walk through the front door and looks great with fresh flowers on it. I love that when you pull out the drawer and turn it over, you can see where he signed and dated it, such an heirloom. 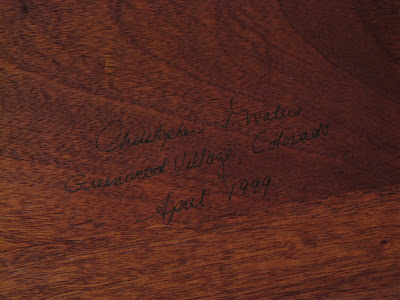 Once I was bummed about a nick it got in it during a move and he said "Think of it as its history." That made me feel better. Years after he made it, he sent me this photo he took while building it. I love seeing process photos. 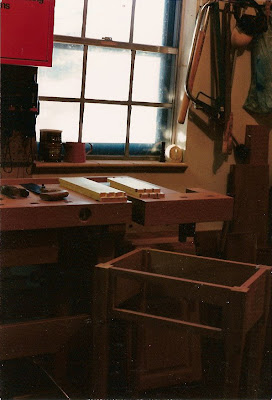